Raise The Black! The Pirate Is Back!

So this afternoon we were out at the salt marsh watching a bald eagle that was sitting quietly in a pine tree up along the edge of the marsh.

Suddenly the eagle was alert, he spotted a prize! A prize that needed to be taken.

The marauding captain of the skies had seen a blue heron with a fish out there in the salt marsh and the sea rover wanted it.

He did two wide circles overhead of the innocent victim with the idea of spreading terror. (in fact in photo #4 you can see the wide eyed heron peering up from the reeds)

The rogue finally touches down, snatching the fish up from the mud where the hapless heron had given it up rather than do battle.You can see the muddy remains of the encounter clinging still to the bird’s feet and tail feathers like a badge of honor, but there would be no honor on this day.

Lifting off with the treasure firmly clutched in his steely jaws, the privateer sails back to the safety of his pine tree harbor where he can display and consume his stolen bounty. In his mind a job well done. 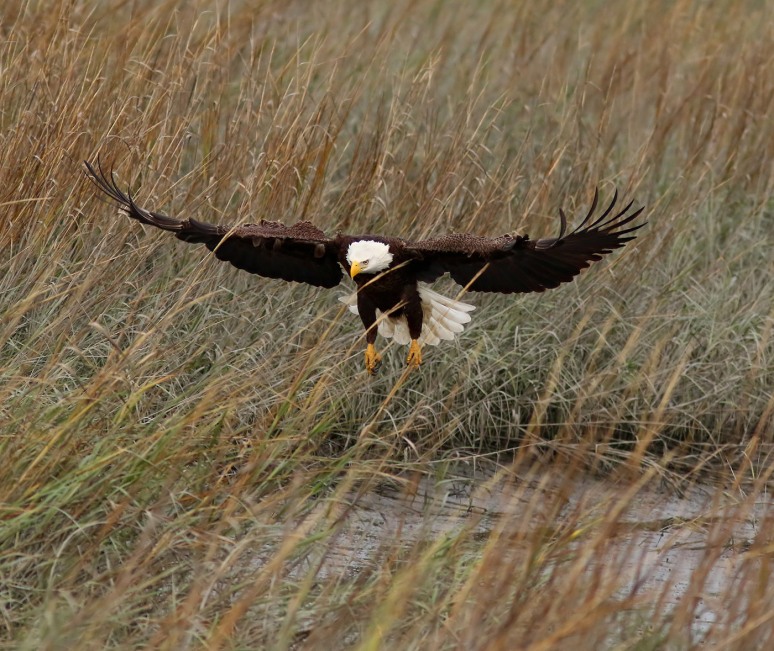 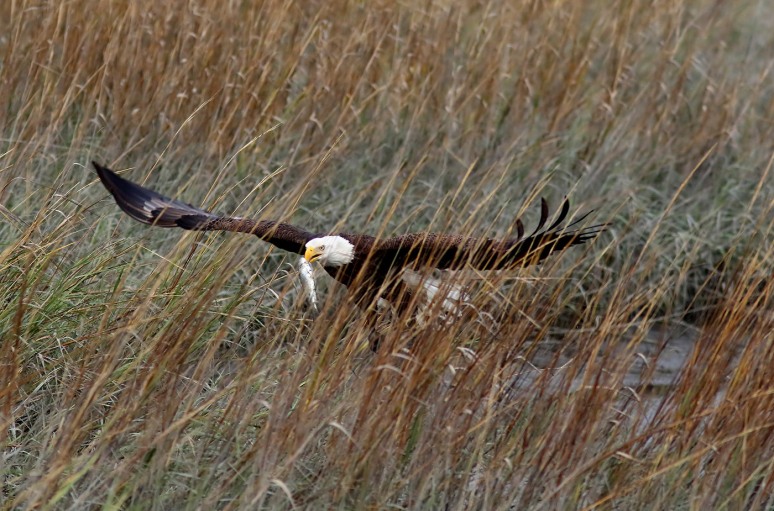 13 thoughts on “Raise The Black! The Pirate Is Back!”