This morning I was watching this egret fishing at the edge of an oyster bed in the salt marsh during low tide.

As soon as I saw him flapping his wings and dancing around looking all excited, I knew he saw something he wanted which generally turns out to be a nice fish.

The egret did indeed pluck a good size fish up out of the water which would have been an excellent breakfast. He seemed extremely happy with his catch, and even did a funny little hop move over to open water, apparently to finish his meal.

He started to swallow the fish down and I fully expected him to do just that. But what the egret did next quite frankly shocked me more than a little. He bent down and gently placed the fish back in the water and, as best as I could tell, the fish swam away to freedom.

This egret may have decided that the fish was too big to get down, although he seemed to be a full sized adult bird and should have been capable of eating a fish that size.

I was so surprised I stopped taking pictures and just stood there and watched expecting the egret to go back after the fish. But all he did was pace around for a bit then fly off.

I suppose the fish was too much to handle so no big breakfast for this egret today. 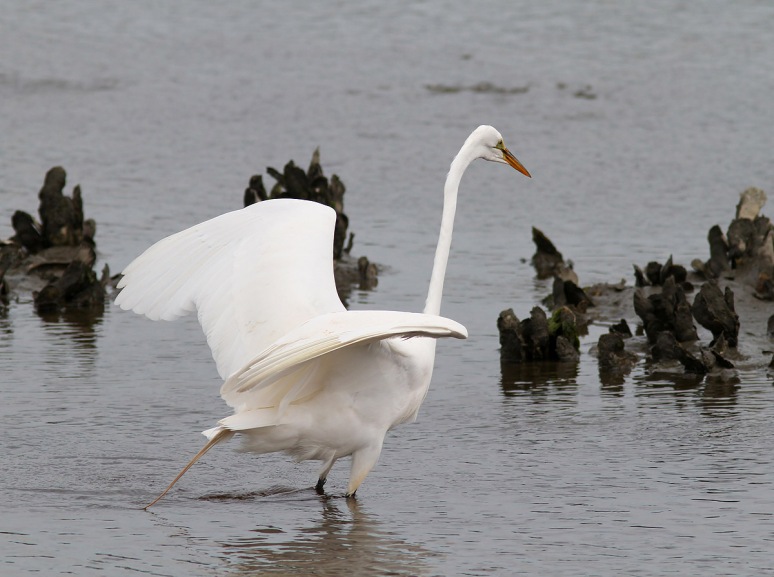 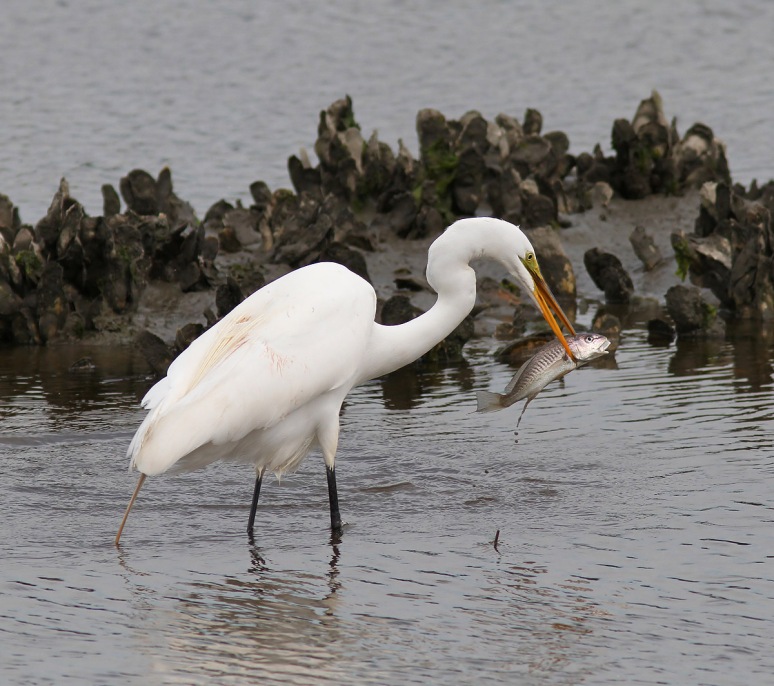 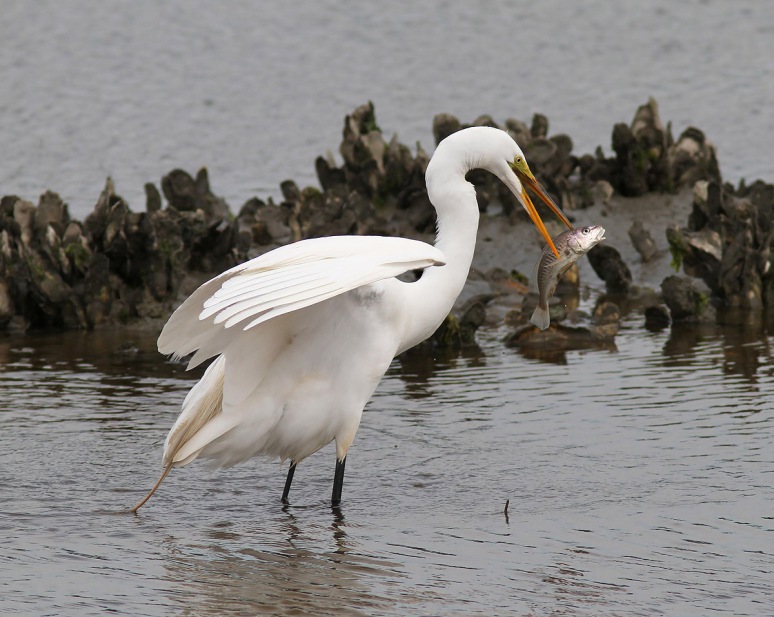 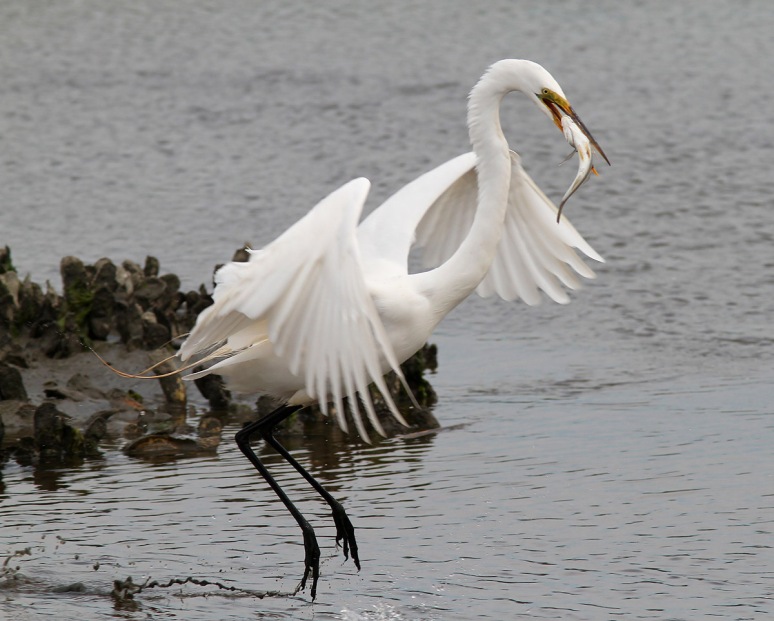 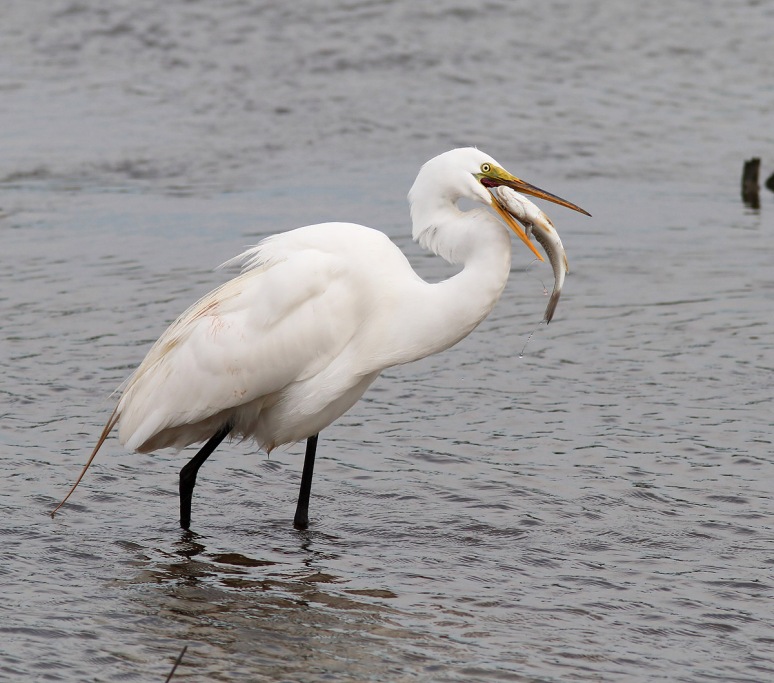 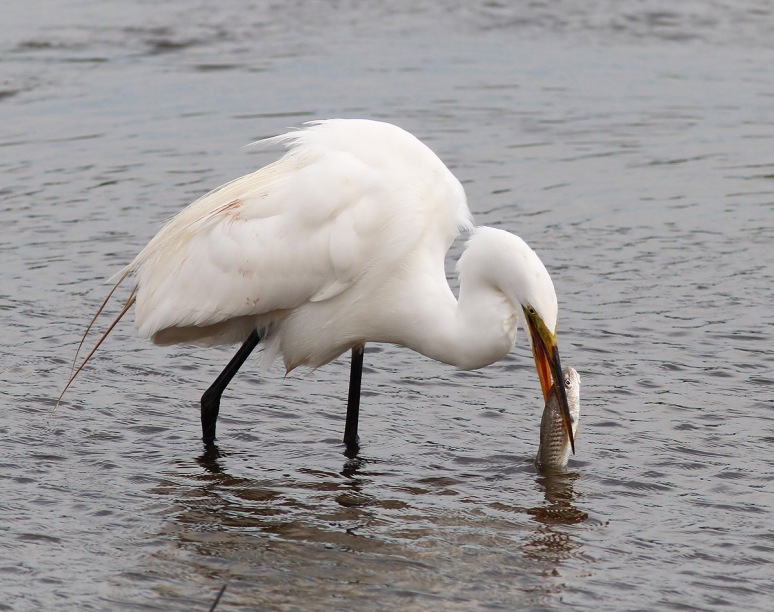