On the same day the three spoonbills arrived, we had this big fella sloshing around in the salt marsh during low tide. It quickly became clear what he had caught, although the reveal was more then a bit of a surprise.

Our hungry alligator friend found himself a horseshoe crab and appeared to be extremely excited with his crunchy catch!

As I said, this was very surprising as we had never seen an alligator with a horseshoe crab before and never even saw one in this section of the marsh.

But our pal was thrilled and after plucking the hapless crab up out of the water, he proceeded to crunch and munch the hard shell. (note the teeth marks in photo three)

The plan was to systematically dismantle the crab into smaller, more manageable pieces for ease of swallowing.

He was flinging the horseshoe crab up in the air and at one point had it by the tail while thrashing about wildly.

Finally, after a lengthy struggle, the gator had only a few pieces of shell remaining and those quickly went down the hatch. The entire process stretched out to well over an hour by the time the crusty creature was reduced to only bits, and Mister A seemed quite pleased with himself when it was over. Bad day for a horseshoe crab though for sure. 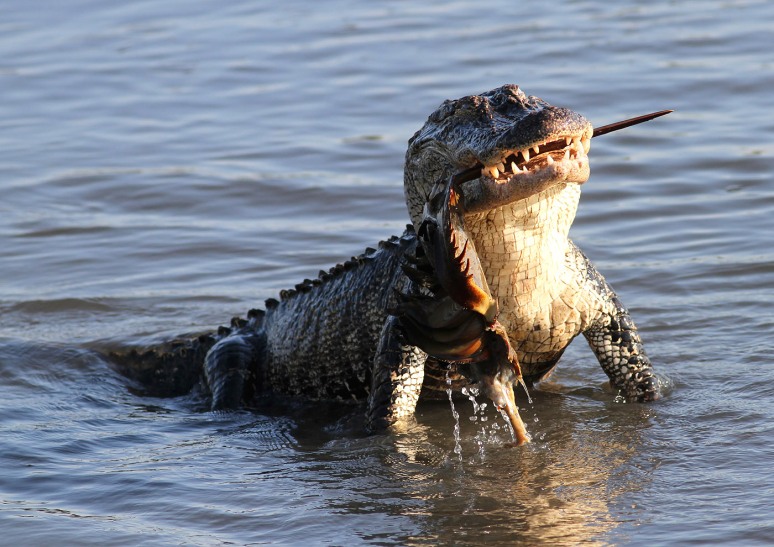 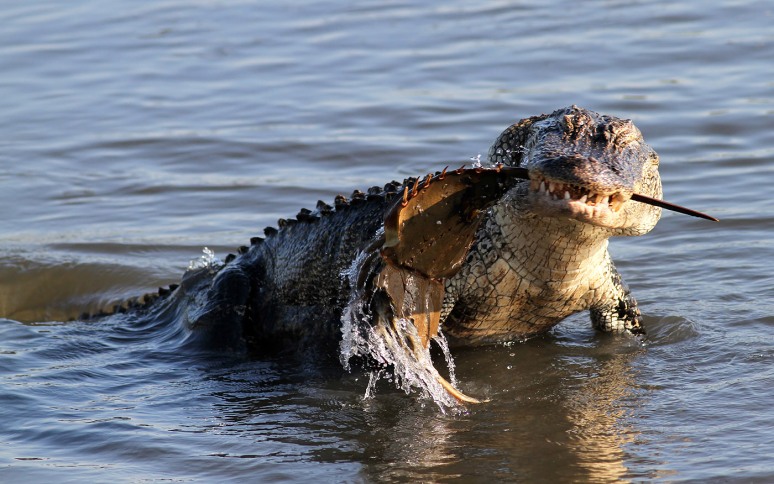 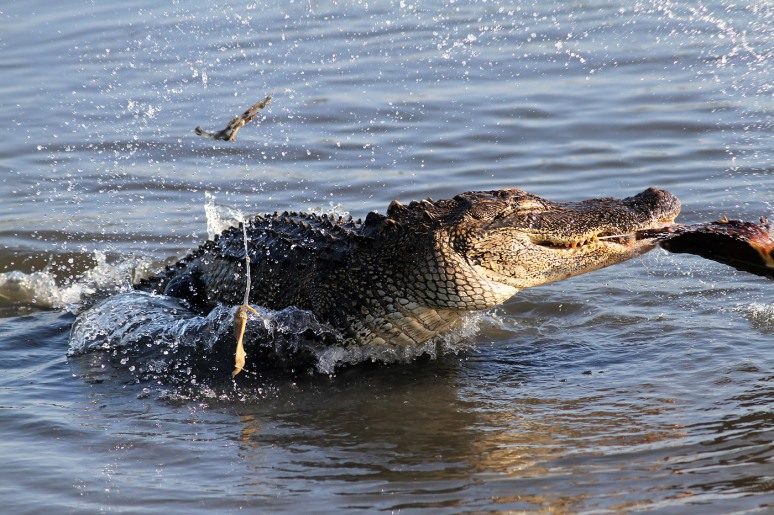 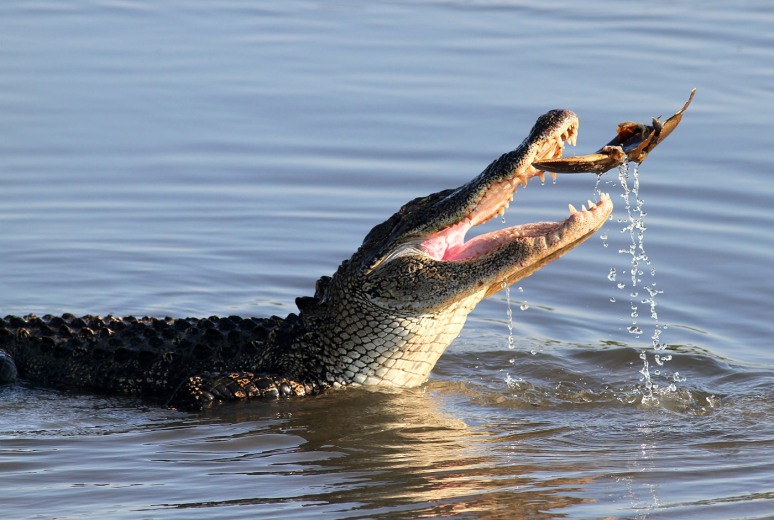