Last night park personnel conducted a sea turtle nest inventory. This is done after a turtle nest has hatched so that the broken eggs can be counted, and DNA testing can reveal which mama turtle laid this particular nest. Occasionally un-hatched eggs are found and these are returned to the nest and covered back over with sand.

On more rare occasions, a live baby sea turtle or two is discovered in the process of it’s journey through the sand packed nest and up onto the beach where it has to make it’s way to the ocean. Last night was a considerably rare event as a significant number of live babies were uncovered and these were gently placed into a bucket for release on the beach. Once placed on the sand, the tiny turtles will begin their life’s journey to the ocean and hopefully make a successful swim to the Gulf Stream.

At one point during the nest excavation, turtle inventory team member Molly was surprised and delighted when a baby cracked open it’s shell and hatched right in her hand as she was holding it!

When you see how small these baby turtles are it seems impossible that any could possibly survive the long trip to the Gulf Stream but of course some certainly do. The mother of these babies may have started her own journey from this very same beach 35 years ago, and it’s possible one of these tiny creatures will return some day to make a nest of her own.

It was a truly memorable scene last night feeling and being this close to nature as it unfolds. To watch these miniature turtles so purposefully march their way down the sandy beach toward the ocean, making their little footprints, was in many ways a  spiritual experience.

Some had to climb over clumps of seaweed, and others were initially knocked back by a small wave, but each and every one eventually made it’s way into the ocean to start it’s new and incredible life! 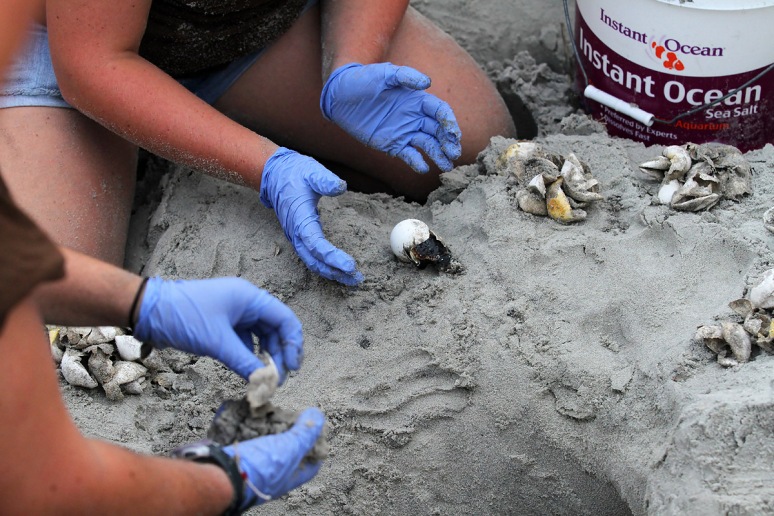 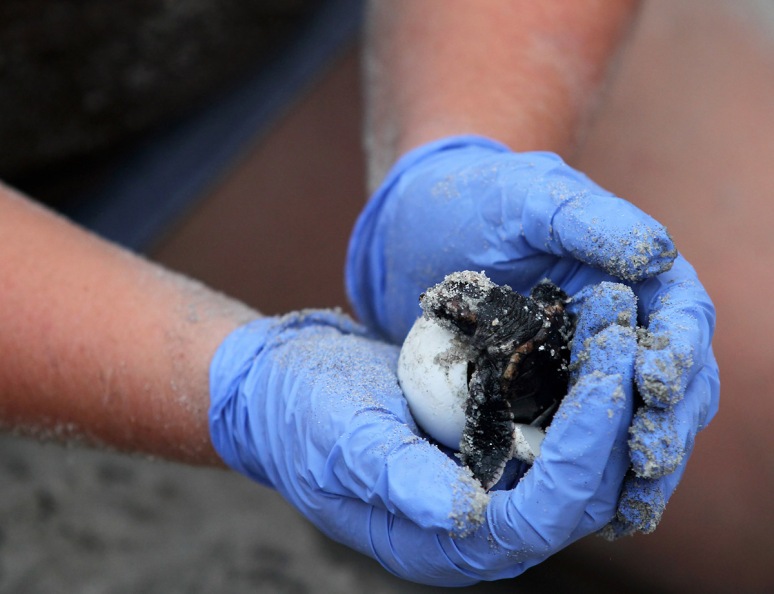 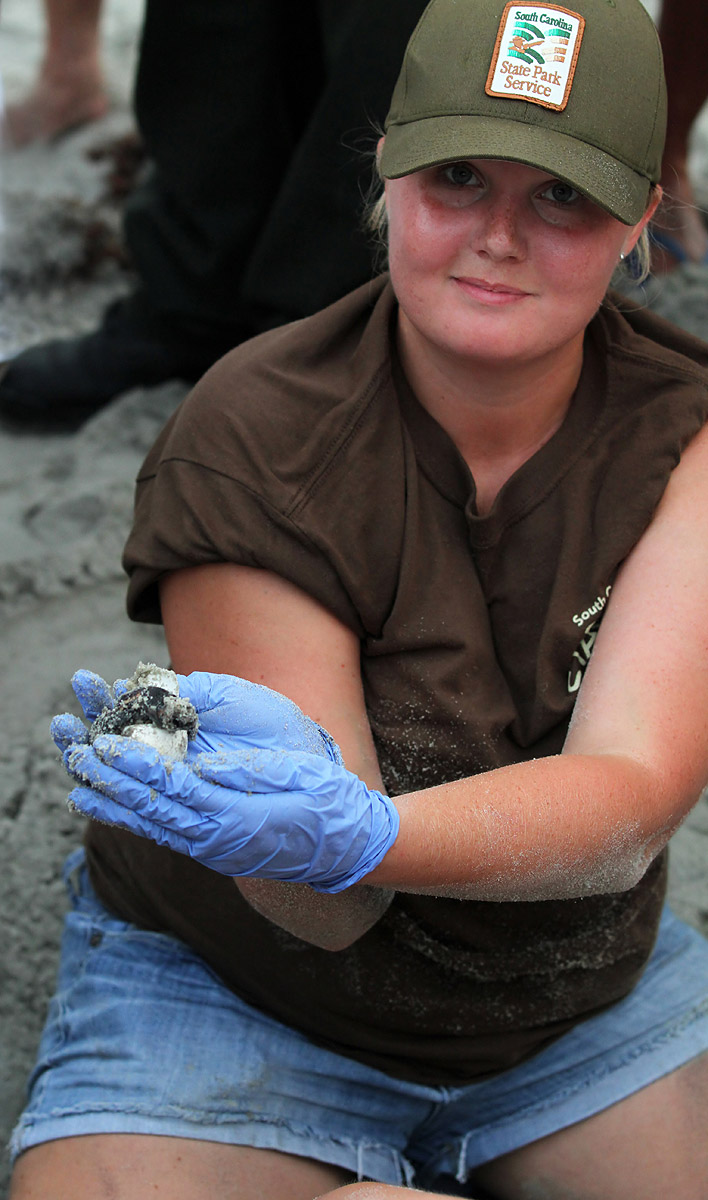 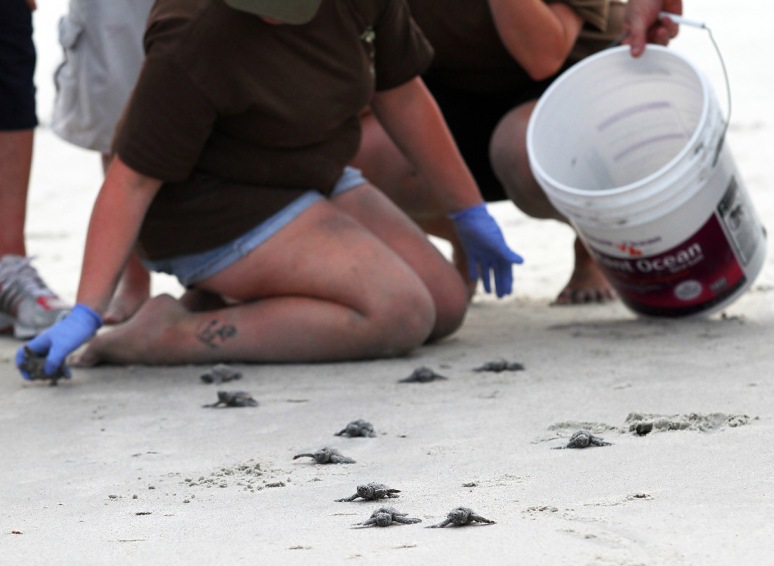