Yesterday, at late afternoon, we had a few adult brown pelicans come into the salt marsh and begin fishing. Except they were not using the typical brown pelican fishing style which generally involves flying around and then doing an almost vertical head first dive into the water.

There were a lot of small fish in this one area so that’s where the pelicans landed and stayed. So rather than fly and fish, they floated and paddled along the water in circles, occasionally dunking down their head to scoop up tiny fish and shrimp.

After plunging it’s huge bill into the water, the pelican would keep it’s head down while straining the water out of the bill so that only the catch would remain.

I never saw any of these guys snatch anything large, they mostly just came up with small marine creatures that sometimes I could barely see. But they definitely caught things they liked because I could see them swallowing the snack after practically every plunge.

As it began to get dark I had to leave these hard working pelicans, but it was quite an entertaining show for the time I spent watching these large birds feed. 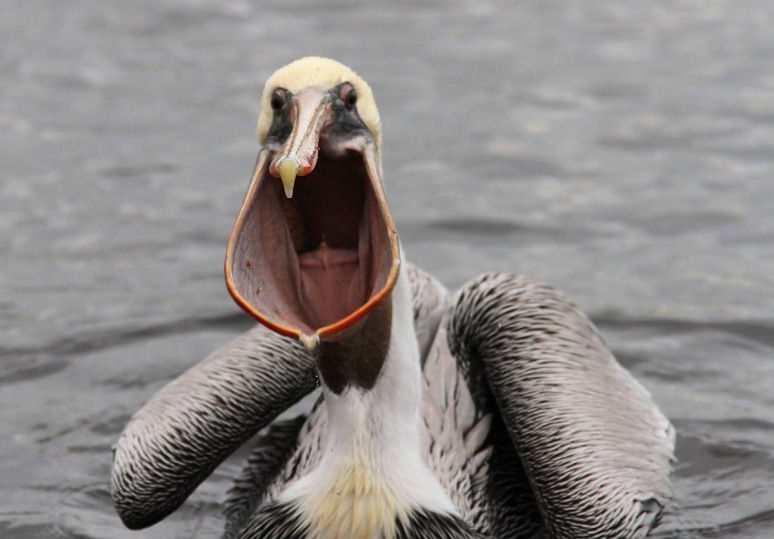