This afternoon I arrived at the marsh area and immediately noticed a now familiar site at the edge of the salt marsh.

Same tree, same branch, same eagle, different day. Plus, he was giving me that look again.

Ok, I know it’s yet another grey, rainy, cool, windy day and everyone is sick of it. But at least this time the heavy rain held off, so I hoped I might be able to get a jump off and possibly a flight shot if the eagle decided to leave his favorite tree at any point.

So I did indeed wait, and after about half an hour I could see the eagle was beginning the get restless. (actually he relieved himself, and yes I have a photo) so I was ready for a potential jump off.

And that’s just what he did, and as usual he took a hard right immediately after clearing the branches and in a blink was all the way across the marsh.

I have to admit though, it was great seeing the big guy again. (If I’m allowed to refer to both Mr. A and the eagle as “the big guy”)  🙂 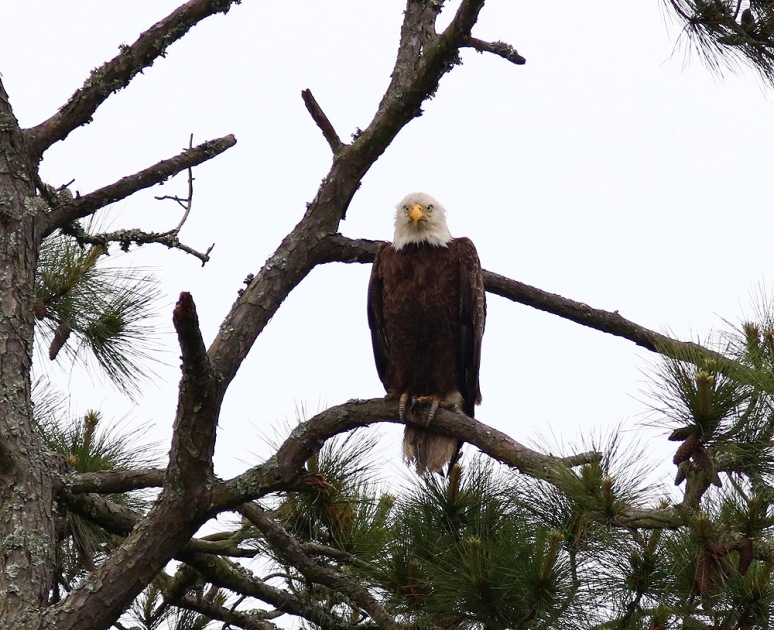 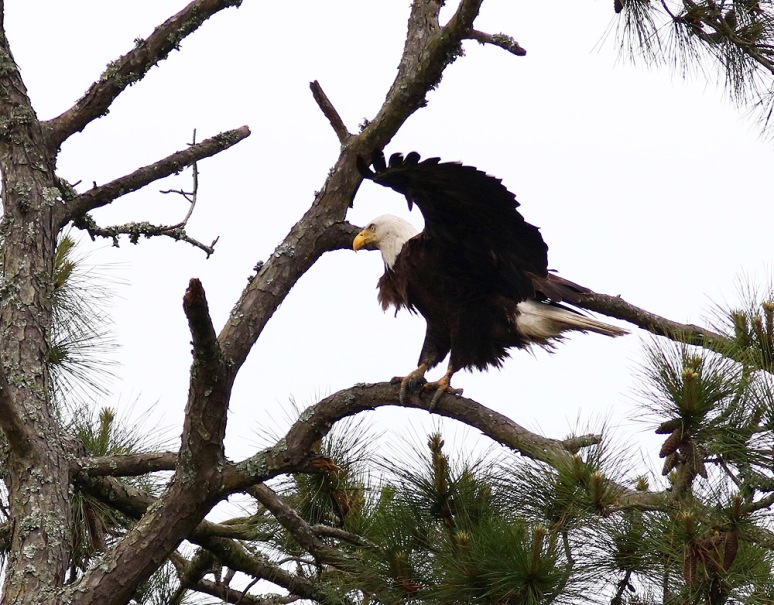 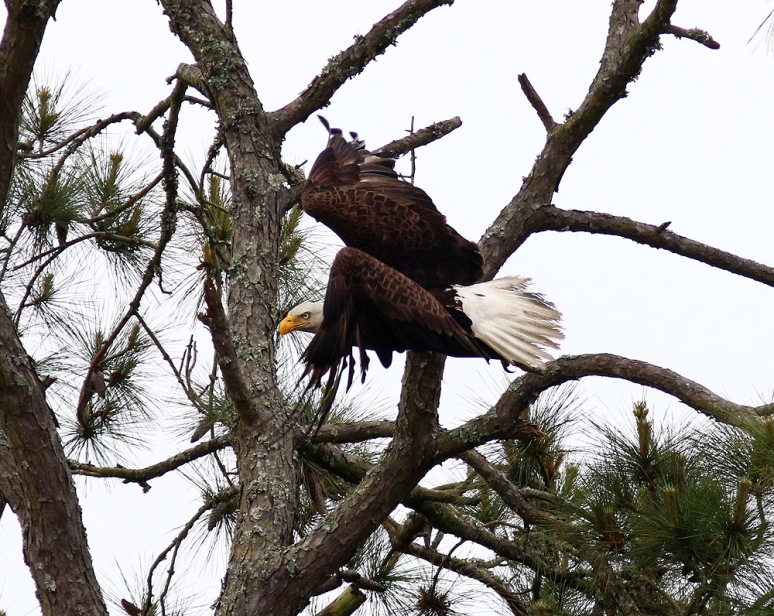 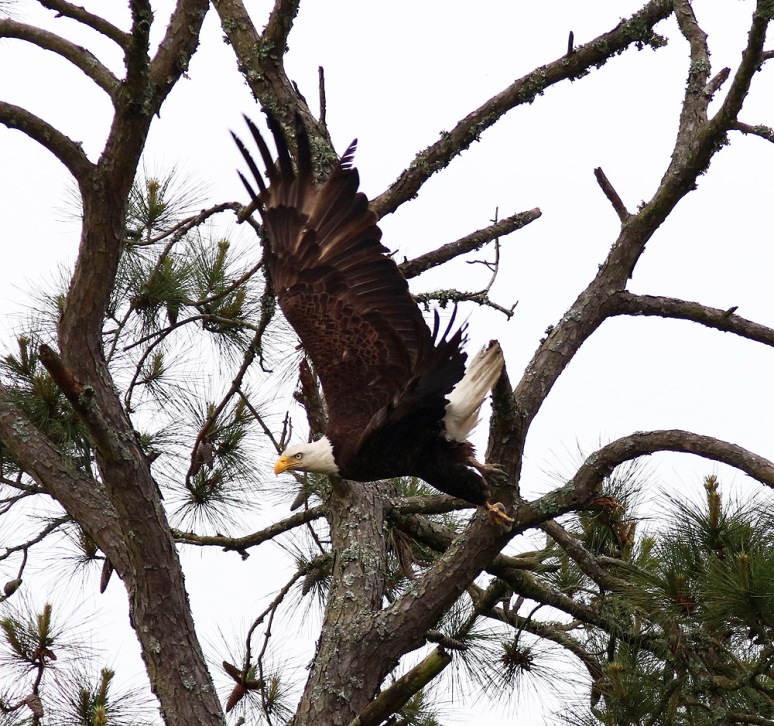 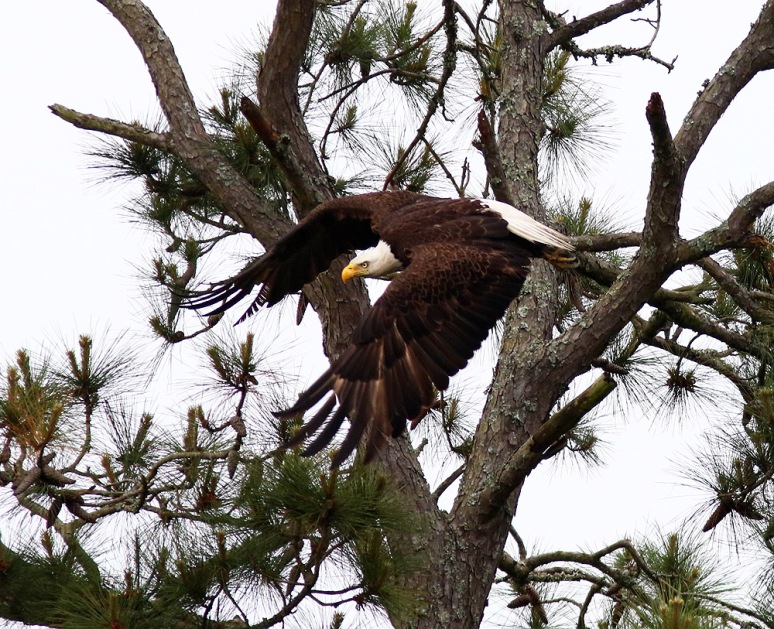 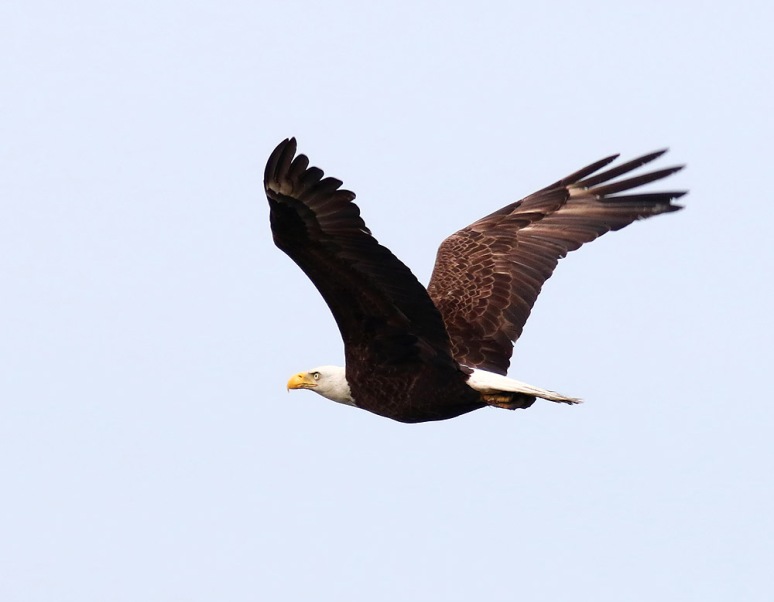 21 thoughts on “There’s That Look Again”