I’ve been away a while I know…

A hundred times I’ve wanted to start a new post, but somehow the time never seemed quite right or at least I couldn’t make it right.

But looks like today was finally the day to make it happen.

It was a mild December afternoon and we decided to get in some motorcycle riding time, and headed over to the salt marsh area.

We almost didn’t stop because there didn’t seem to be a whole lot going on, just the usual egrets and blue herons fussing at one another.

But we did stop, and as soon as we started walking toward the marsh area we noticed about a dozen small snowy egrets all rapidly taking flight in a panic. We’ve seen this behavior before and it often means a bald eagle is entering the nearby air space.

Turns out that’s exactly the case and the eagle was headed straight in our direction. He took a few quick glances at the water below but it was clear he wasn’t fishing. As soon as I saw the landing gear being deployed, I knew he was headed for one of the pines at the edge of the marsh.

Sure enough, the eagle pointed those big sky hooks at one of the branches and dropped in for a bit of preening in the sun.

After about 20 minutes, the big guy took flight and left his tree. He did two or three circles over head then headed off north quite possibly toward a nearby tidal pond where some ducks were sighted yesterday.

So it was a good day today. Got in some bike riding time and saw a bonus eagle.

Nice way to get back into blog posting, we’ll see how long it lasts… 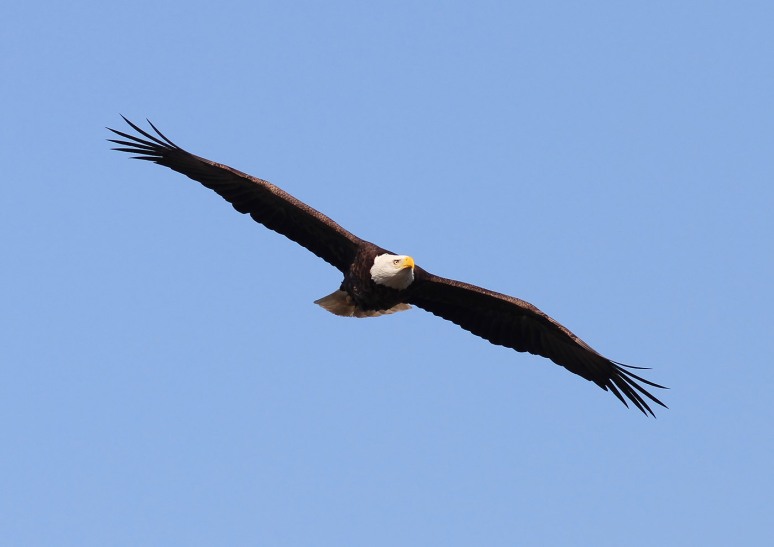 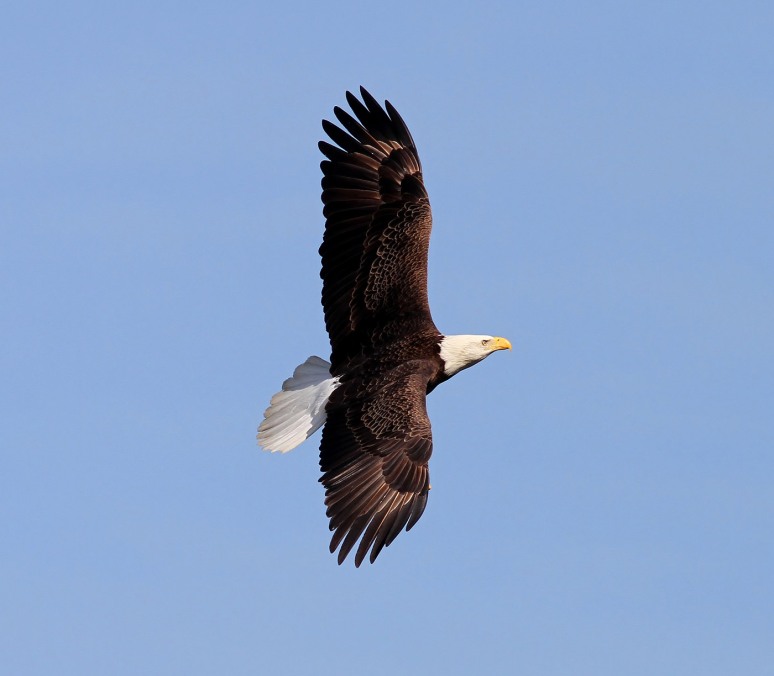 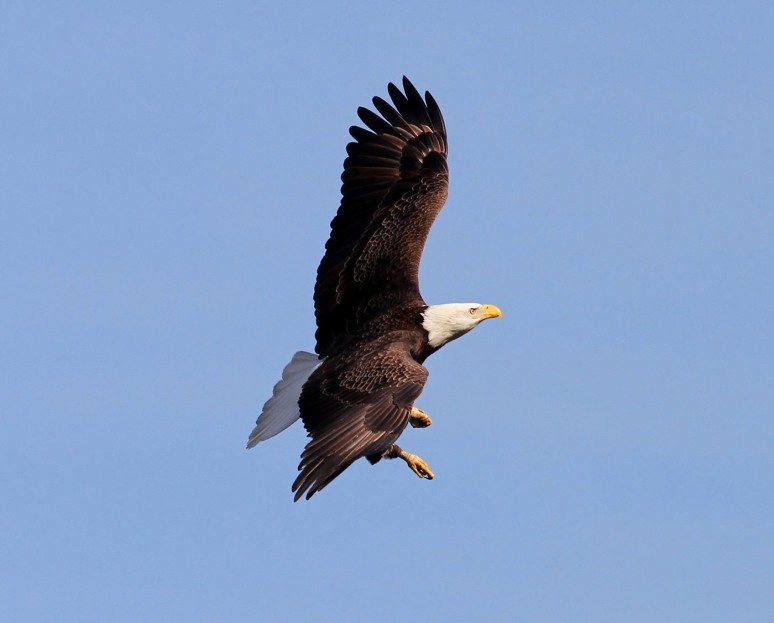 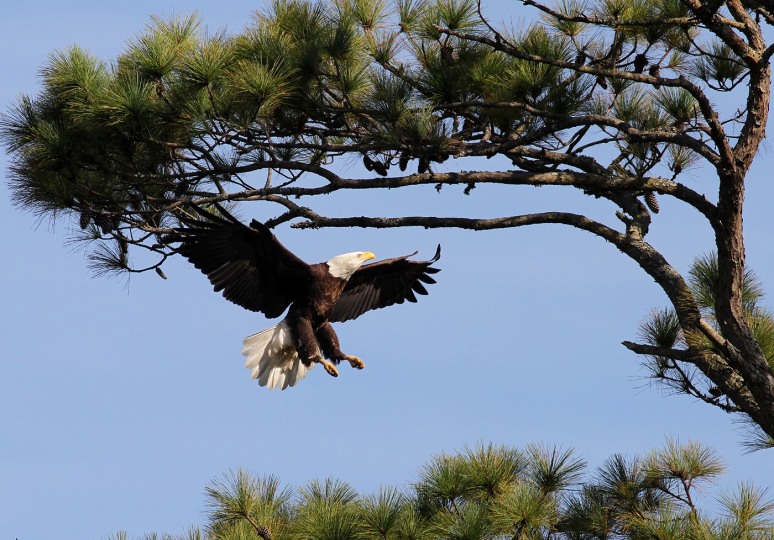 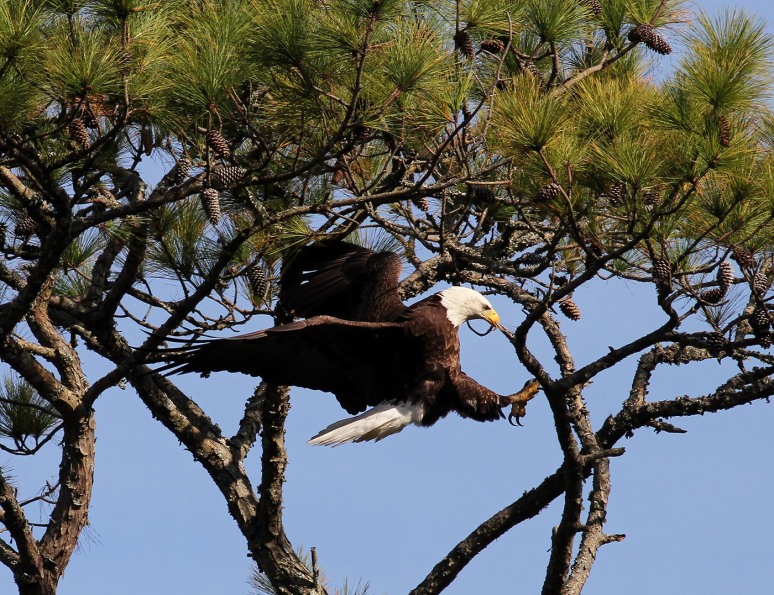 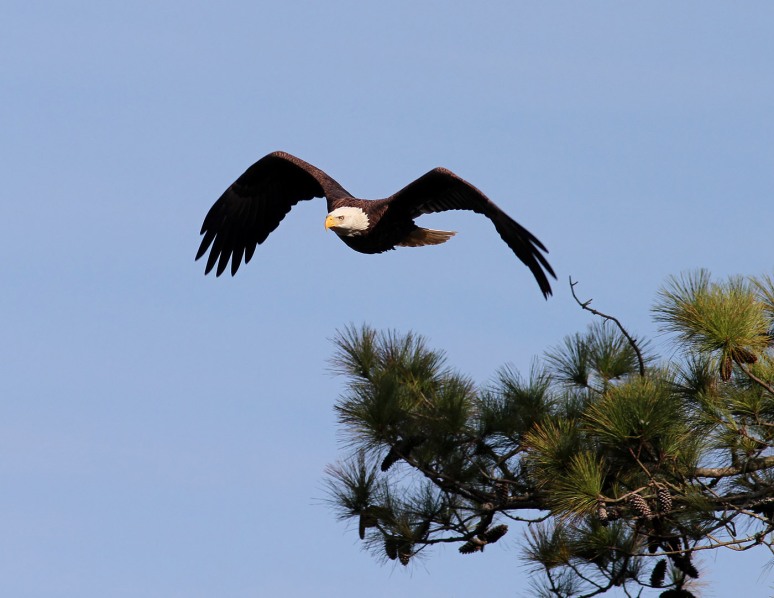 67 thoughts on “Patrolling the Salt Marsh”