Glossy Ibis have always been a somewhat uncommon bird in our area. We would see some occasionally, but you could never count on seeing one, especially in nice lighting. The glossy ibis will only display the colorful feather iridescence at exactly the proper sunlight angle, and the colors become more bold and pronounced as they age into mature adults.

The first two photos are a juvenile glossy seen feeding along the edge of the marsh and you may notice how it’s neck is brown with some white speckling.

I pulled the third photo of a mature glossy out of the my files, and you can see it’s crisp, maroon neck and almost silvery body reflecting the sunlight.

Interestingly, when seen in flight they often appear black as if in silhouette. Which means that one way to differentiate a glossy in flight from a white ibis at distance is to see the typical ibis curved bill shape on a black bird, and they often travel in small groups.

I’m not sure what has caused the lack of glossy ibis appearances here recently because the standard white ibis continues to remain a pretty much ‘every day’ bird in terms sightings. 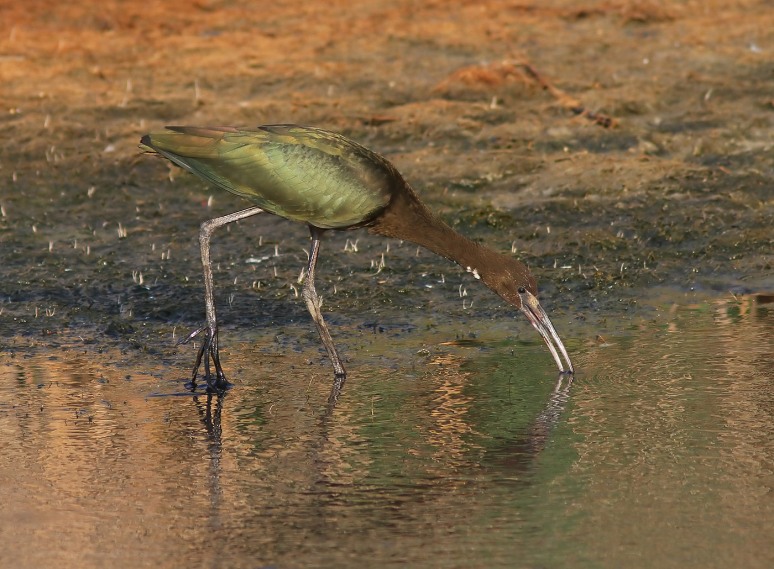